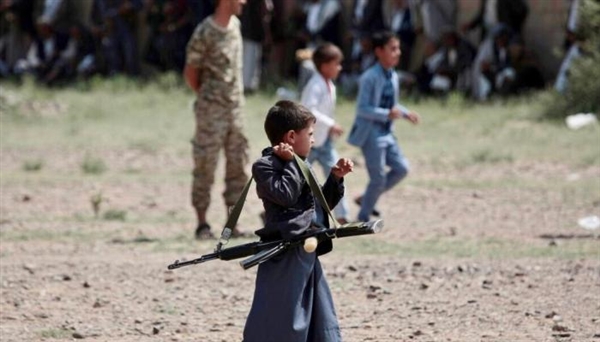 A battalion of Houthi child soldiers arrested: Press summary السبت 31 يوليو 2021 05:43 م الصحوة نت - خاص A whole battalion of Houthi child soldiers has been arrested by the heroes of the army [outside Marib]/Facebook post by Mohammed Jureid Ahmed Qasem Alnafoodhah a senior religious morale guide to the Houthi fighters in Rahabah warfront has been arrested by the army.

/FB post by Abdusalam Al-Sohami Around 40 Houthi militants were killed as the army repelled a new attack south of Marib/Yemen Voice website The central bank in Aden decides to pump large size YR 1000 bills to tackle the currency split in the country/Multiple websites The central bank's new measures to end the riyal currency split has sent the Houthis mad prompting the militia to call the move "a new disaster.

"/Yemen Voice website  - The Vice President: We are ready to exchange prisoners with Houthis on the basis of all-for-all/Almashehad Alkhaleeji website  Gas, petrol and timber are sold at very exorbitant prices in Sana'a, and are available only at Houthi militant-rub black markets/Almanarah Net A Houthi militant detonates his bomb in a bus between Sana'a and Ibb governorates, which led to the killing of two passengers, injury of others.

One Houthi leader burns his wife to death.